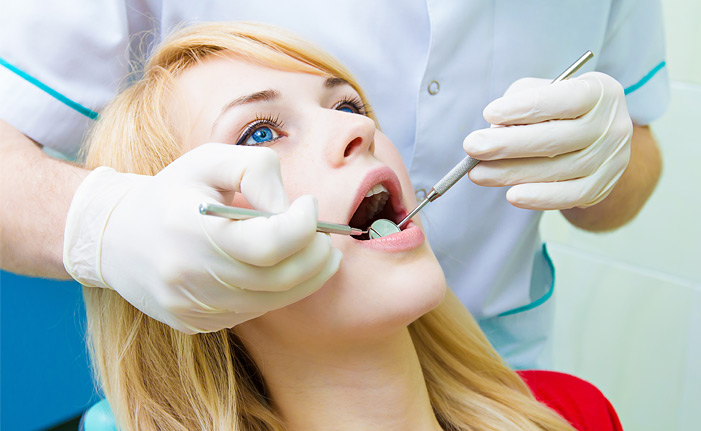 Quite often people may notice their gums bleed. While the symptom is usually not painful, bleeding gums may be a sign of gum disease like gingivitis or jawbone disease periodontitis, which shouldn’t be overlooked. Inflamed gums are usually caused by bacteria, which are building up at the gum line. <!--more-->

Bacteria form plaque and if not removed timely, it gets harden into tartar and leads to more bleeding.

One of the first things to do for gum bleeding prevention is to visit your dentist at least every six months and get plaque removal. Regular dental care is crucial and it’s important you have a good quality tooth brush – it should be soft and gentle. Gum tissue is a delicate one and brushing it the wrong way may damage it. If you use electric toothbrush – it’s best you get one with soft nylon bristles. Dental flossing also should be done the right way – forcing floss between the teeth may damage the gums. While flossing, try to slide the floss up and down following the curve of the tooth. Make sure you also eat well balanced food and avoid too many snacks in between the meals.

If you already have bleeding gums, the first thing you should do is visit your doctor to check the state of inflammation you’ve got and get adequate medical treatment. It may be as simple as rinsing mouth with salty water (make sure you don’t use any mouthwash which contains alcohol, since it may worsen the state of gums during this period) or hydrogen peroxide with water. Your doctor may also perform a periodontal exam on you and check if you have any vitamin deficiency. You may be prescribed vitamin supplements or gentle gum massage with an oral irrigation device. If gums don’t stop bleeding after the treatment, you may go for more blood studies and x-rays to identify the reason for this and help you get healthy gums again.