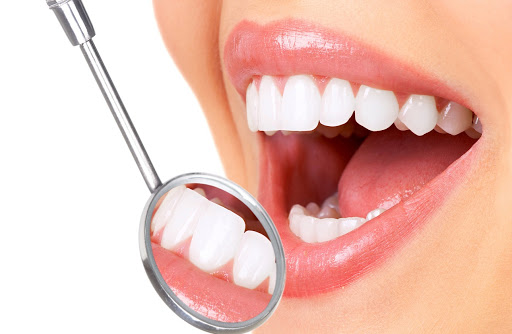 Oral submucous fibrosis is a complicated oral condition that has a high chance of becoming cancerous over time. It can affect any part of the mouth and sometimes the throat. Such a disease is typical for people from South and Southeast Asia, as well as South Africa and the Middle East, where chewing betel and areca causes painful conditions.

What is Oral Submucous Fibrosis

This is a chronic disease in which tissue fibrosis is formed and scars appear in precancerous lesions. Often localized on the mucous membrane of the cheeks. Often localized on the buccal mucosa. OSMF is widely recognized as a precursor to oral precancer. Pathological characteristics include severe inflammation, excessive collagen deposition in the connective tissues under the mucous epithelium, and also inflammation located in deep connective tissues, and degenerative changes in the muscles.

At the onset of illness, the mucous membrane is characterized by a loss of elasticity and the formation of palpable fibrous bands. Among other symptoms, there is a burning sensation and dryness in the mouth, especially when chewing spicy food. The mucous membrane becomes pale and may be localized, scattered, or reticulated. In some cases, blanching of the mucosa may be accompanied by the appearance of small vesicular formations that burst and cause erosion.

To diagnose OSF, a soft tissue biopsy is prescribed, which will give the most reliable results. The changes detected during an examination depend on the progression of the disease. At the earliest stage, thin collagen filaments, pronounced edema, and the onset of the inflammatory process are identified.

Can Oral Submucous Fibrosis Be Cured

Of course yes. The professionalism of doctors allows for coping with this problem. And modern methods of therapy and medical prescriptions will reduce the development of the disease. But oral submucous fibrosis treatment depends on the severity: in a mild case, the doctor prescribes treatment with drugs and exercises, and in a severe case, the patient will need surgery. That is why it is important to consult a doctor on time if there are suspicious symptoms or if the patient gets into the habit of chewing betel and areca nuts. In addition, doctors recommend good oral hygiene to prevent the further spread of the pathology.

This disease state has a multi-factorial etiology, but chewing on the areca nut is considered the most persistent factor in its pathogenesis. This is confirmed by numerous studies and among the population of Asia and South Africa. In addition, mouth fibrosis can occur when eating spicy foods (such as chili peppers) and when iron and zinc deficiencies are present. Fibrosis can also occur in children who do not chew areca nuts and betel leaves. It shows that the presence of genetic and immunological factors, autoimmune diseases, as well as various infections, and genetic mutations take a significant place in the disease. The role of genetic susceptibility is also evidenced by the fact that OSF develops in a relatively small proportion of people who use betel. This disease progresses over time, and treatment depends on the stage of the clinical picture.

How is Oral Submucous Fibrosis Treated

Recent advances in the treatment of oral submucous fibrosis have shown the efficiency of conservative and surgical methods of cure. Conservative treatment is carried out using physiotherapy and drug therapy, as well as natural remedies. The main goals of this approach in treatment are anti-inflammatory action and deterioration of the extracellular matrix.

Administration of synthetic corticosteroids greatly improves mouth opening and relieves the burning sensation of OSF. It is also recommended to do a screening and biopsy to better see and explore an affected area.

Before submucous fibrosis treatment is started, dentists strongly recommend getting rid of bad habits such as chewing tobacco and areca nuts. The therapy course itself consists of several parts that make up a complete treatment:

The direction of the OSMF treatment depends on how large the clinical damage is. If the pathology is detected at a very early stage, then it is enough to give up the habit. Most patients with oral submucosal fibrosis have moderate to severe disease. The severe stage of OSF is irreversible. Since this is a progressive condition, an important step for oral submucous fibrosis prevention is to stop bad habits and see a doctor in time.

There is no ultimate treatment for OSF due to its complex etiology. The most important factor for the weakening of this disease, doctors consider the cessation of chewing areca nut and betel, followed by conservative curing or surgical intervention. Currently, steroid drugs are most commonly used in the treatment of OSMF due to their ability to reduce inflammation and shrink affected tissues.